Kudirat Soremi is a big Yoruba indigenous Movie Actress, a great comical character to watch in movies. She is popularly known as “Iya No Network” is one of the best comic Actresses in Nigeria with exquisitic ways of doing the job. 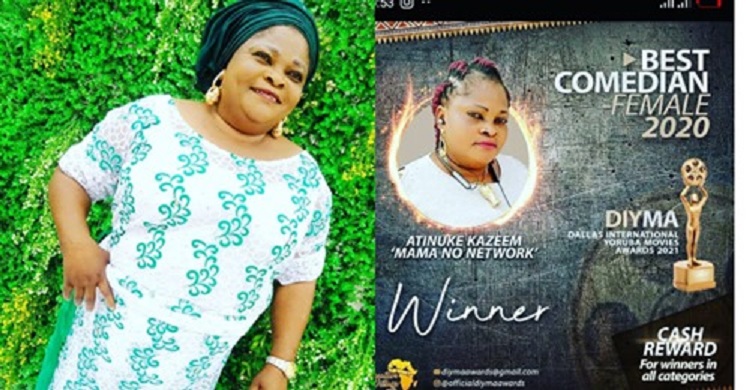 Mama No Network is a character where by she act like a deaf woman, when you ask her something she will answer with something else that is entirely different from what was asked, this character makes her look and act funny.

The comic Actress won the Best Actress of the year at the DIYMA Award 2020, the actress who is full of Joy appreciate God and her fans.

Glory be to God. And if not because of you my fans and because of God. Who am I?