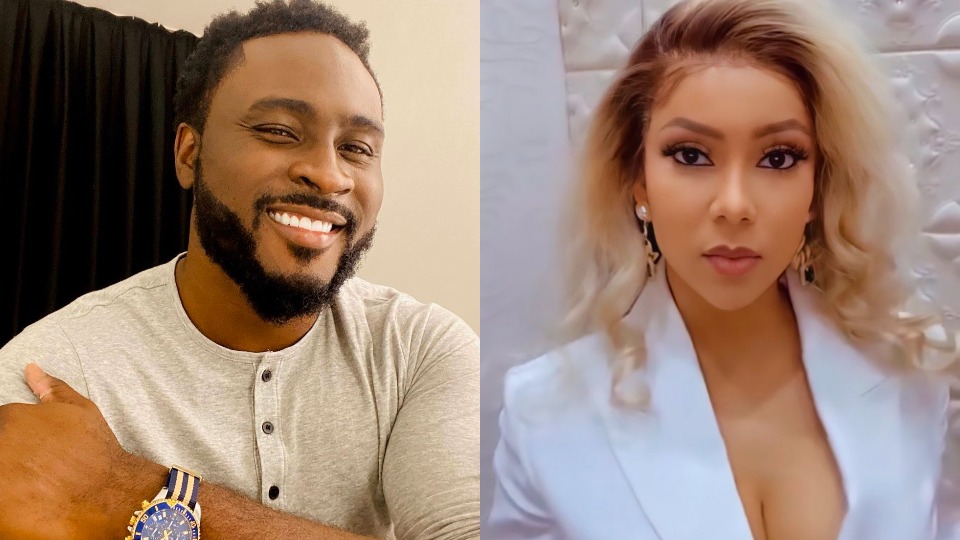 Big Brother Naija Shine Ya Eye housemate, Pere has finally eaten back his claim that he fingered colleague housemate, Maria when they were in the HOH lounge.

He said this during a conversation with some male housemates which became one of the trending topics on social media.

However, in a new development, Pere has disclosed that she never fingered Maria as he claimed earlier.

The housemates were having a conversation together and they individually asked each other questions about the things they have been doing in the house.

Jackie B quizzed who has been fingered in the house and other housemates pointed to Pere that he had answered the question already.

Pere then jumped in to respond that “That thing was just talk o”.