Home ENTERTAINMENT NEWS 9 Actors that has been confronted in Real Life Because of the...
20
SHARES
ShareTweet

The nigerian film industry is blessed with veteran actors and actresses some of which are popularly known for a role they play in films c ontinously. 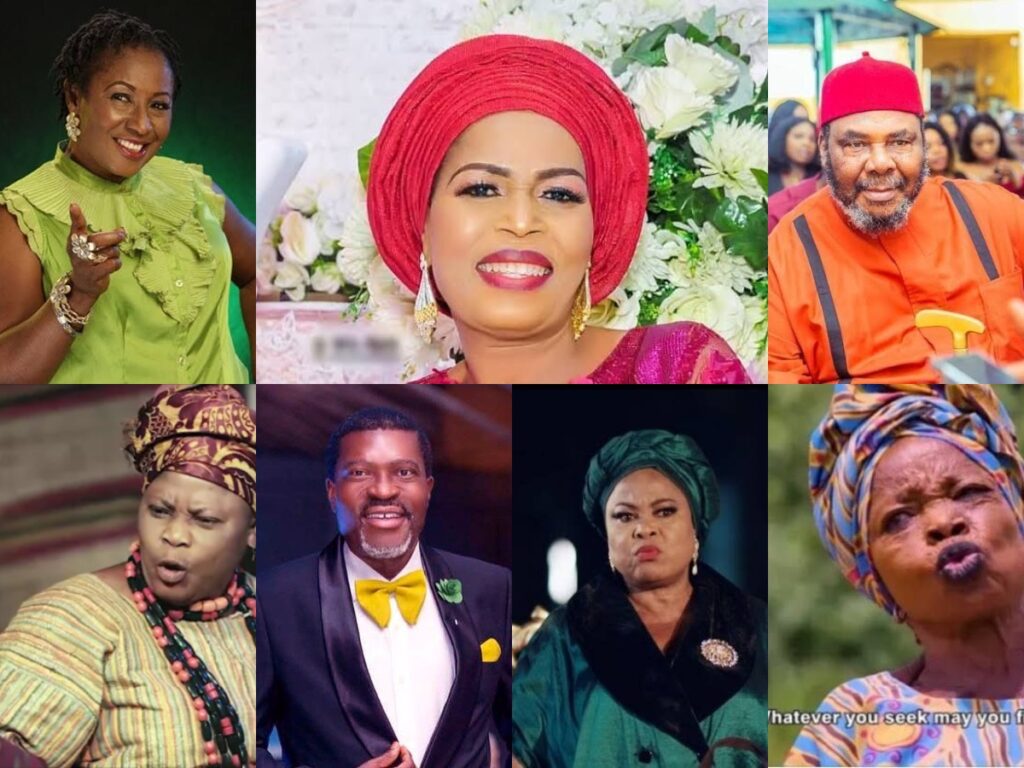 Due to the way they brilliantly deliver these roles, we can hardly dissociate their role in movies to their personality in real life.

Below are 9 of some of the talented nollywood acts who we have negative impressions about due to their stereotyped roles in films.

A.K.A Toyin Tomato is well known for her hot-temperedness and strictness.

She plays the role of a protective mother, a wife or leader of gangs.
She is well known for her loudness and her scolding game is top notch.

Pete Edochie is one of the Nollywood legends.

He plays the role of a ‘no nonsense’ father, husband, uncle or king.
He has also played the role of a defeatless evil doer in films.

Mama G is an award winning nigerian actress who perfectly plays the role of a wicked wife, mother or mother-in-law.

She is the type of mother-in-law who believes any wife married to her son must be submissive to her, she torments any wife who does not meet up to her own qualifications.

A.K.A Iya Gbonkan, The queen of the agents of darkness. She is one of the faces of nigerian horror movies playing the role of a witch.

She is a ‘no go area’ as anyone who steps on her toes never go unpunished.

She’s usually the mother without child(ren) or the wife without husband as they would have been used for sacrifice.

Popularly known as Abeni Agbon. She is identifiable by her role as a powerful woman either as a witch or as a warrior.

She is one of the actresses that made some nollywood movies look like a battlefield.

He is popularly known as Kanayo O. Kanayo.  He plays the role of a husband, father, politician and sugar daddy in several nollywood movies.

His stereotyped role is of a man who endangers people’s life for wealth. He has also featured in many movies as a cultist.

Chiwetalu Agu is popularly known for his villainous role.

He is the family member who doesn’t mind demolishing the whole family tree to inherit a half plot of land.

He is also the evil uncle in the village who wants to be in charge always and drags toe to toe with anyone who tries to stop him.

A.K.A Mama Rainbow. The veteran actress is one of the Nollywood legends.

Her ability to interpret her character also as a mother, wife, mother-in-law or sister is top notch.

She is identifiable in movies by her strictness and her use of facial expressions when scolding is peak.

A.K.A Lola Idije, she plays the role of a mother, mother-in-law and wife.

She is also a ‘no-nonsense’ hot tempered woman.