Operatives of the Lagos Zonal Office of the Economic and Financial Crimes Commission, EFCC, on March 2, arrested 13 persons for their alleged involvement in cyber-crime. 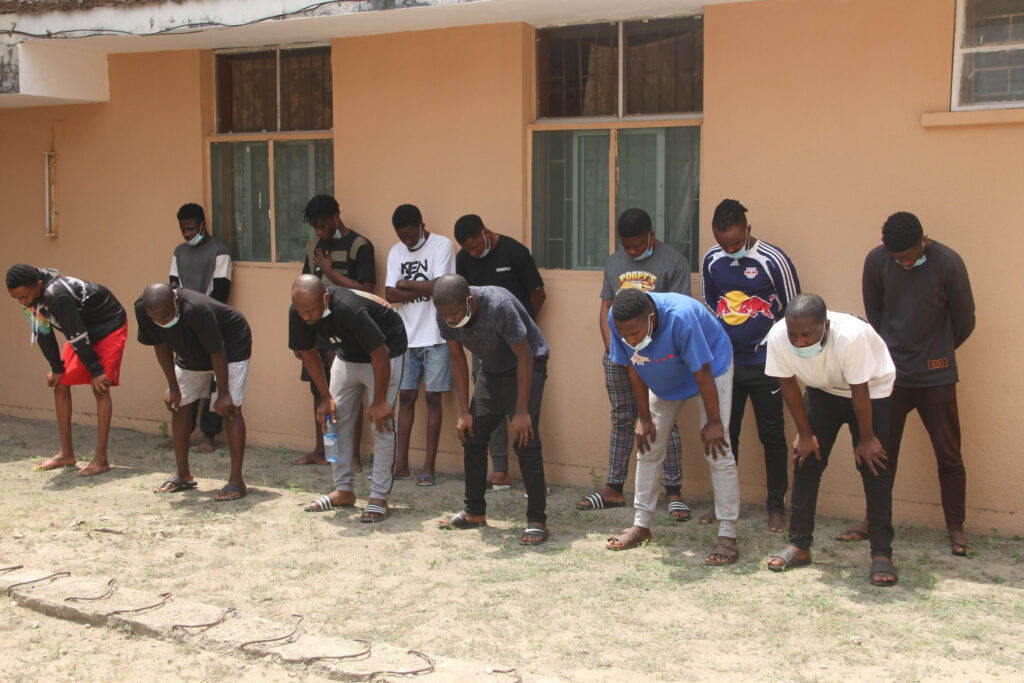 According to the EFCC, they were arrested at their hideout at Gabriel Ajawa Close, Lekki, Lagos, following credible intelligence on their alleged criminal activities. They will soon be arraigned in Court.

They were arraigned on February 18, 2021, on separate charges bordering on possession of fraudulent documents contrary to Section 320 of the Criminal Law of Lagos State, 2015. Upon their arraignment, they pleaded “guilty” to the charge.

In view of their plea, the prosecuting counsel, Ahmed Yerima reviewed the case before the Court and tendered documents printed from their email accounts, as well as items recovered from them.

Delivering judgment on February 26, Justice Taiwo found them guilty of the offence and sentenced each of them to six months imprisonment with an option of fine of N200,000 (Two Hundred Thousand Naira).

The court also ordered the forfeiture of a Toyota 4Runner SUV, Lexus RX 330 and mobile devices recovered from them to the Federal Government of Nigeria.